Why energy mix of Japan has an influence on the European energy prices?

After the Fukushima disaster in 2011, none of the 50 nuclear reactors in Japan worked in 2013. LNG gas supplemented power shortages and Japan became the largest LNG importer in the world.

Unfortunately, this situation caused significant increases in electricity prices in the country. The Japanese industry has stopped being competitive. The economy was not able to bear such high costs anymore, which is why it began to gradually launch nuclear reactors. Japan imports all natural gas in liquefied form, and increased production of nuclear energy reduces LNG imports to this country (according to estimates of about 10% in 2019). This means more LNG for other economies, including European ones.

What does this mean for Europe? 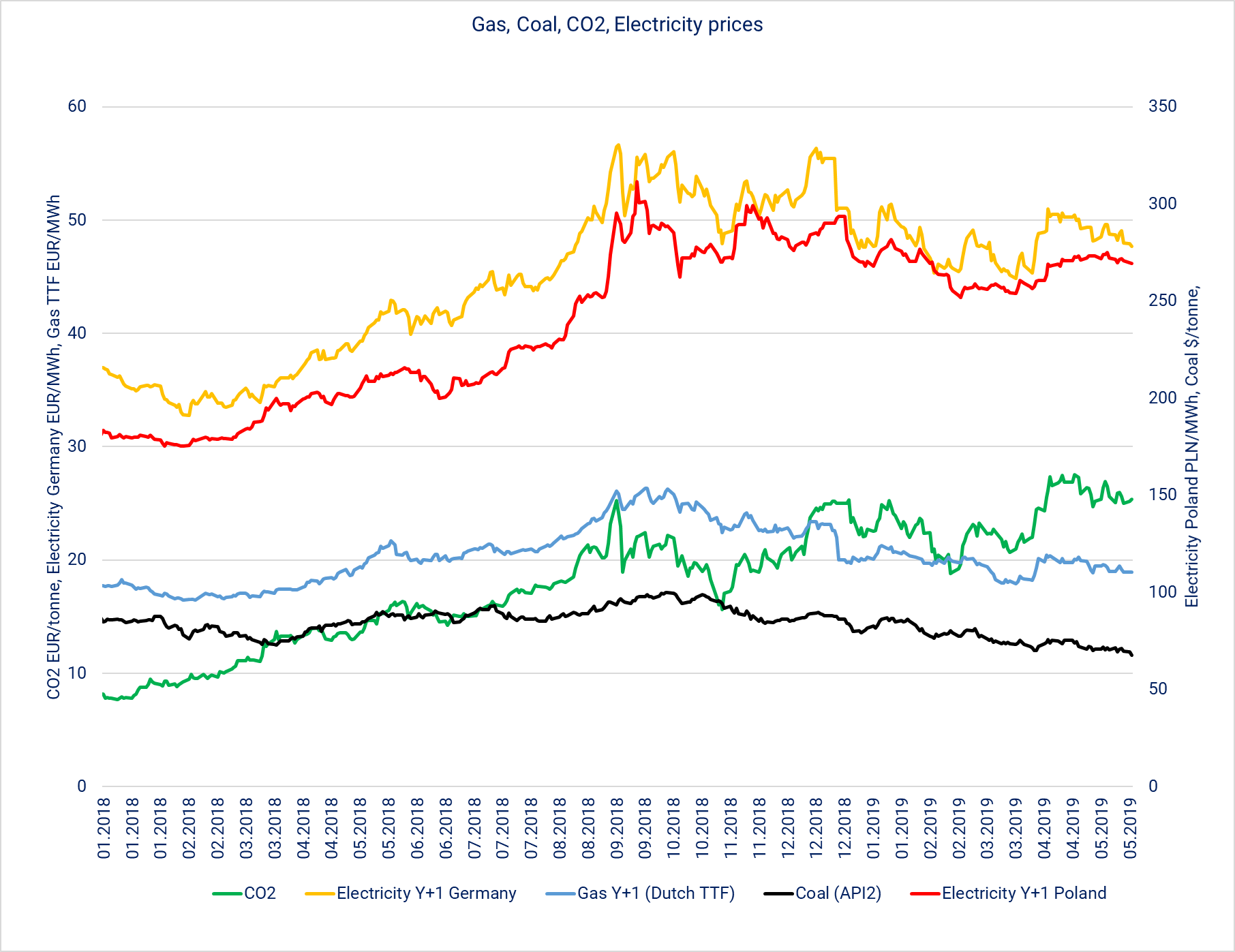 Lower gas prices on wholesale markets translate into higher margins in gas-fired power plants. Currently, margins in Germany for the production of electricity from gas are about 4 times higher than those generated in coal-fired power plants. The graph underneath shows how the profitability of electricity production in gas power plants (green line) and coal (black line) has changed. For a long time, and especially these days, gas-fired power plants are "in the money" and have an increasing impact on energy markets. The gas blocks gained special significance in the Q4 of 2016 and 2017 when they supplemented power shortages in France (there were approximately half of the nuclear power plants switched of for several months). 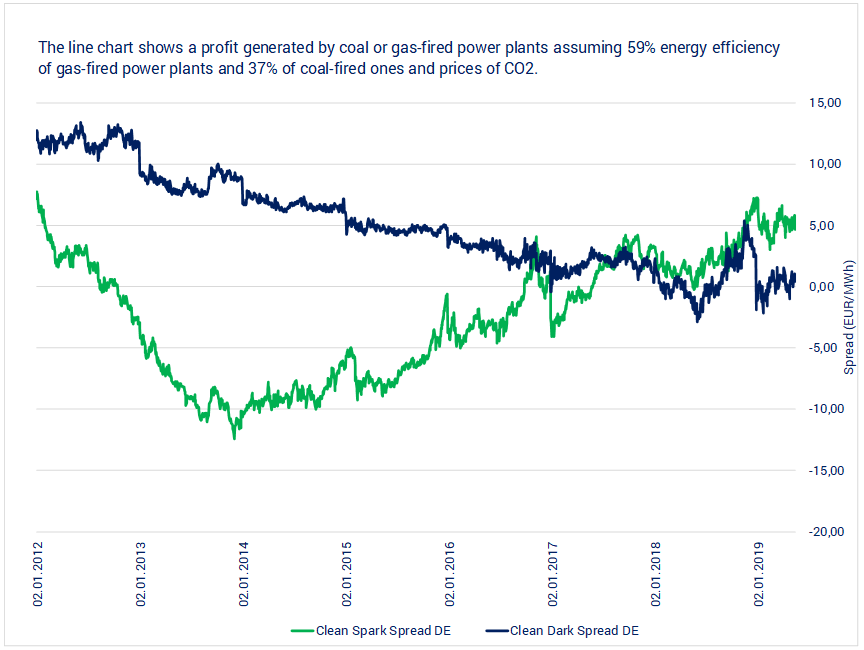 So how can you determine the gas market for electricity prices in Europe? The more flexible and diversified the power system in a given country, the greater the possibility of using "cheap gas" and switching production of power from coal to gas. The graph below shows how many countries have the opportunity to use such a situation. 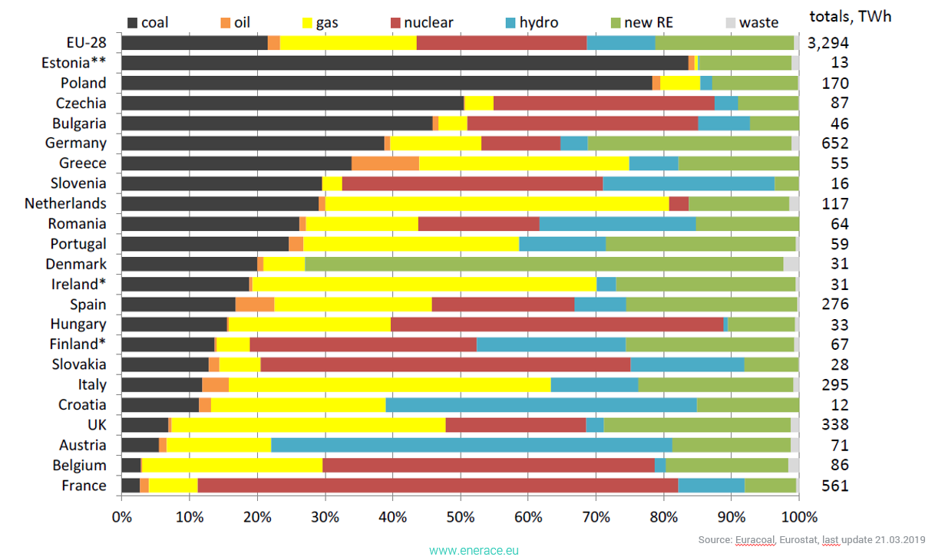 It should be noted, however, that natural gas also contributes to CO2 emissions, for which we have to pay dearly as we know it. The costs of CO2 in gas-fired power plants, as shown in the graph below, are about 2 times lower than in the production of electricity from coal, but this is an important element in the final calculation of the profitability of generating electricity from a gas-fired power plant. 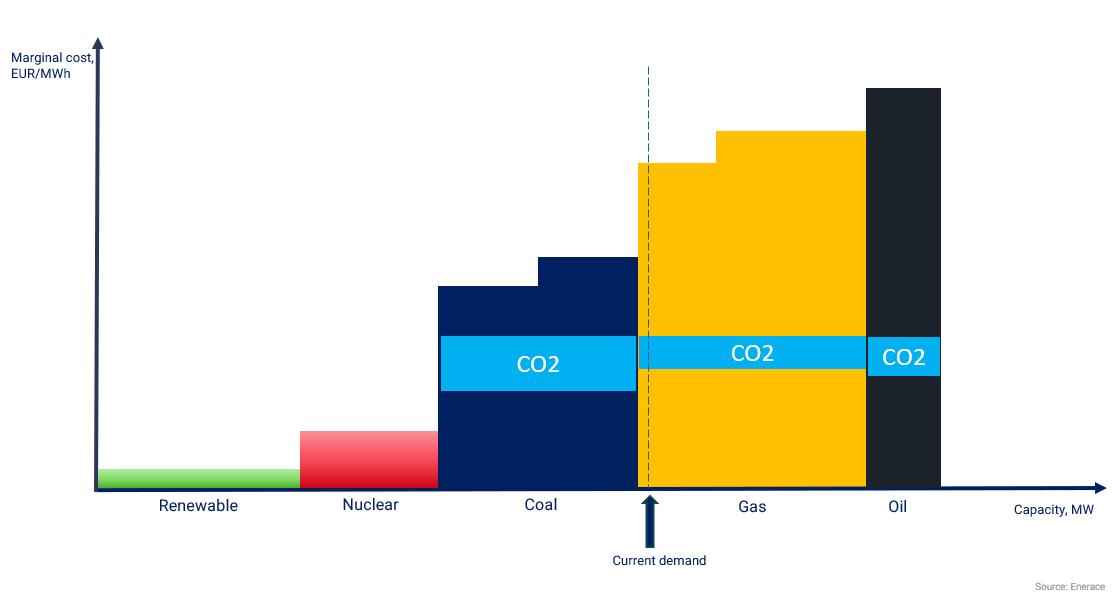 In many countries, natural gas has been gaining importance for a long time and displaces coal from the energy mix. For example Germany can be given which are planning gas supplies from Nord Stream 2 in the near future. In this way, they will complete:

• power shortages due to the planned shutdown of all existing nuclear power plants in the country by the end of 2022,

• shortages arising from subsequent shutdowns of coal blocks (plan to remove coal from the energy mix by 2038),

• shortages of supplies from renewable energy sources (gas as a flexible source is ideally suited to this).

If this trend persists, it may affect the increase of global coal stocks and thus lower prices of this commodity. As we know for e.g. Poland, this is of great importance, as coal is countries energy mix still ranks first and is responsible for the production of about 80% of electricity.

The only question is how will China develop, which currently reduces coal imports and significantly increased LNG gas imports.

The above analysis confirms my belief that good local purchases of energy require a global perspective.