PRICE INCREASES ON THE ENERGY MARKET

After a wave of declines in energy prices and major energy commodities, this week there was a fairly significant change in the situation.

On 10/09/2019 electricity prices in Western Europe as well as natural gas and CO2 allowances recorded a strong increase 📈:

🤔What happened that the markets reacted so rapidly?

The reasons for the increase in gas prices

👆 The Netherlands decided to close production earlier in GRONINGEN, which is the largest gas field in Europe by the end of 2022. The deadline has been shortened by 8 years. This is due to the threat of earthquakes in this region.

The reasons for the increase in electricity prices

👆 Dutch decision to stop gas production in Groningen; while France has problems with nuclear reactors, gas power plants in France's neighboring countries are producing electricity at full capacity to sell it dearly to France, which is in short supply.

👆 Increase in prices of CO2 emission rights due to potential higher demand for coal as a result of technical problems in nuclear power plants in France.

As you can see, energy markets react very quickly to changes in the relationship between the supply and demand side.

The next day the situation calmed down slightly: 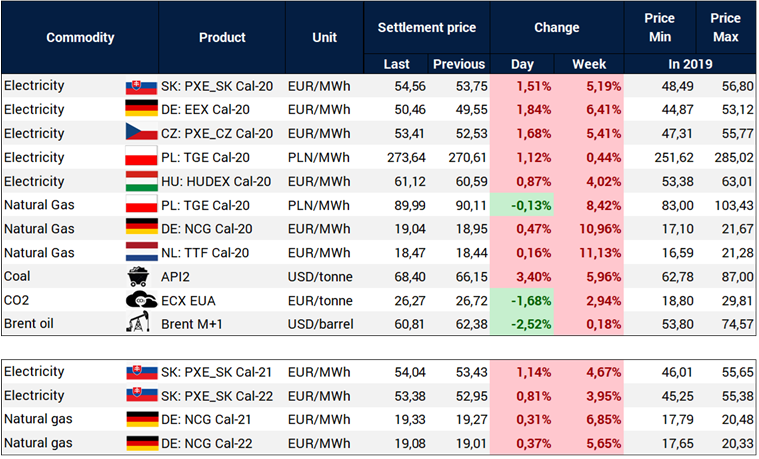 Time will show how long this trend has changed.