Property rights market, commonly named as the “colours market”, supports electricity produced from different sources than coal. Green certificate typically refers to support to renewable energy sources. Where it is in your energy bill? Here it is: 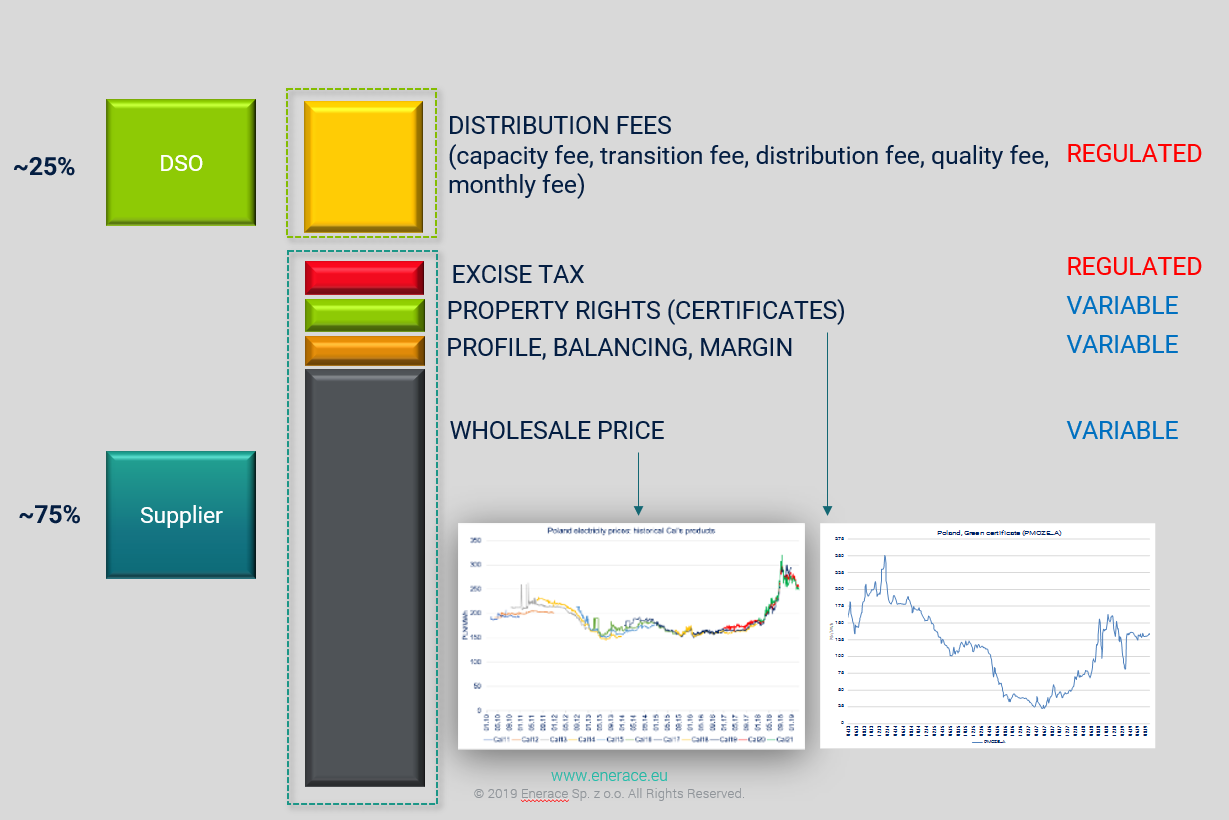 Why energy buyers look specifically to that colour to manage? Through its volatility and some many law adaptations that all of us could at some point get lost.

To start with a simple example to express its impact on your final electricity price: 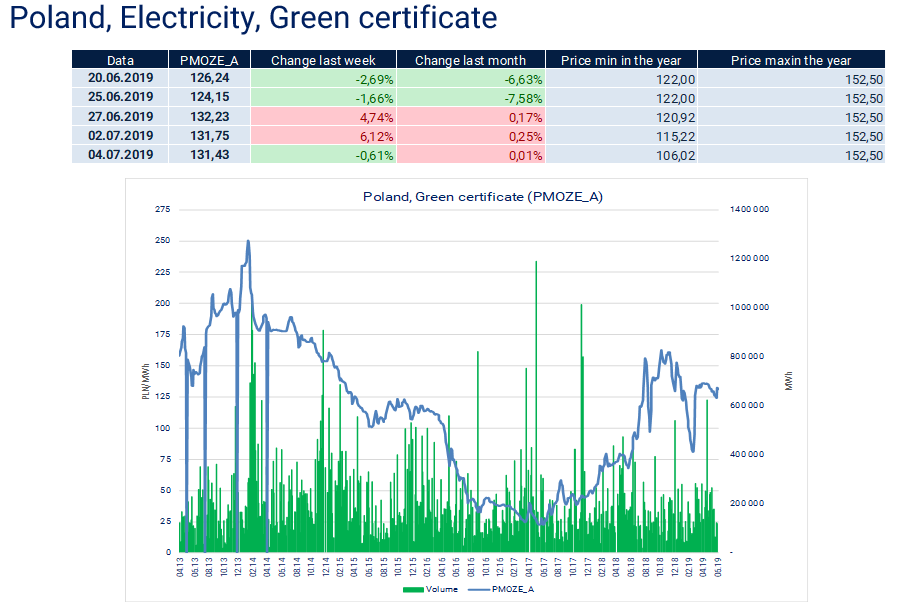 Highly oversupplied green certificate system should have meant low prices for a long time. Why therefore its rapid pace since 2017?

In July 2017 Polish parliament introduced an amendment to the act on renewable energy sources regarding the change of calculation of the replacement fee for green and blue certificates.

Since that time the calculation is set as 125% of the annual weighted average price of each certificate.

In the latest draft amendments to the RES Act the Ministry of Energy under the strong pressure from the renewable energy sector deleted the change of the formula for the calculation of the replacement fee.

The main objective of the amendment is to accelerate RES investments in order for Poland to have a chance to settle in 2020 its duty to share energy from renewable sources. Thus, i.e. auction for RES will be provided as well as covering small and medium companies in prosument rules.

The Polish Wind Energy Association (PWEA) as an organization gathering entities interested in the development of renewable energy positively assessed the consultations with the ministry. Still, the biggest obstacle is the so-called a distance law, which is so restrictive that since 16 July 2016, after the introduction of these passes, no new installation has been established in Poland.

The draft amendment of the RES Act was sent to the Polish Parliament on 10th July and on 20th July Polish Parliament approved it. Now the draft will go to the Sejm. It is to apply after 14 days from the announcement in the Journal of Laws.